The modern 2 stroke dirt bike engine is a work of art. The real magic is in the simplicity of it. The ‘power center’ has only three primary moving parts… the piston, connecting rod, and crankshaft. 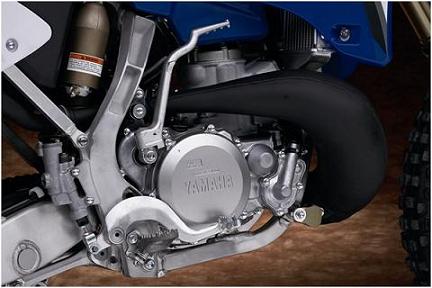 Unlike 4 strokes, the 2 stroke engine does not have valves. This contributes to their lighter weight.

The two stroke engine fires (produces power) once every revolution of the crankshaft. Whereas a four stroke fires once every other revolution.

To break it down further for you… every time the piston rises in the combustion chamber, it fills with a carefully balanced combination of air, petrol and oil. This is compressed and then ignited by the spark plug, causing an explosion which forces the piston back down. This process repeats. Two strokes of the piston for every one ignition. A compression stroke, and a combustion stroke.

This is why the two stroke engine can pack twice the amount of ‘bang’ than an equivalent sized four stroker, which requires four strokes of the piston to get one ignition.

Now, if you’ve ever ridden a 2 stroke dirt bike or been around them racing, you will know of that beautiful (but not so good for the environment) smell of burning two stroke mix. This is because a 2 stroke motor has no other way of lubricating the crankshaft bearings, connecting rod or cylinder wall other than adding a special high performance two stroke oil to the petrol. It is the burning of this oil that has been the blame for causing so much pollution and damage to the environment, although advancements in technology have seen fuel injection and clean burning two stroke engines now being produced.

For a more detailed and graphic explanation of the 2 stroke engine check out ‘howstuffworks’ . The moving diagrams are excellent and should clear up any remaining confusion. 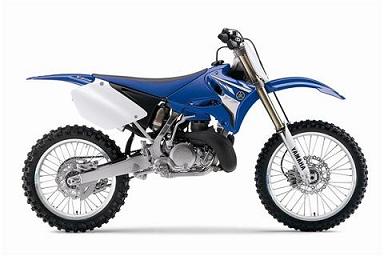 Yamaha are the only ones out of the ‘big four’ Japanese companies still producing two stroke motocross bikes. But for how long?