2 stroke vs 4 stroke – which one is better? Once upon a time there was a huge difference between the way a 4 stroke and a 2 stroke dirt bike performed. Two stroke motorcycles dominated the motocross and supercross classes because of their high performance and light weight. While the heavier, less nimble thumpers performed at their best in the enduro and trail circuits. Though, they still had to compete against the mad-men that were willing to strap themselves to a 500cc 2 stroke screamer.

Well, since the YZ400F made its debut way back in 1997, when Doug Henry won the final supercross of the year in Las Vegas on one… things have changed dramatically.

The fours have fast become the dominating force on motocross tracks. Why? Well it seems there are a number of debatable reasons. The power to weight ratio on 4 strokes is much better than it used to be, so a 450cc four stroke is now a lot closer to the weight of a 250cc two stroke and puts out an impressive amount of speed and power. Back in the early 90’s four strokes were heavy beasts and were considerably slower than the two’s.

With the new and improved thumpers, many people find them easier to ride with their smooth, tractable power delivery. But on the other hand, a lot of riders don’t actually want that. They want the thrill, noise and adrenalin of a powerband that only a two stroke can serve up.

So why have some companies stopped making 2 strokes? Some people believe (and blame) the format of the AMA and large companies such as Honda that have had a heavy influence over the major Championship races that dictate the specifications of bikes that are allowed to compete against each other. Is this the reality behind why we have witnessed the decline of the popular two’s? After all the popular question on many-a-dirt bike rider’s lips is.. 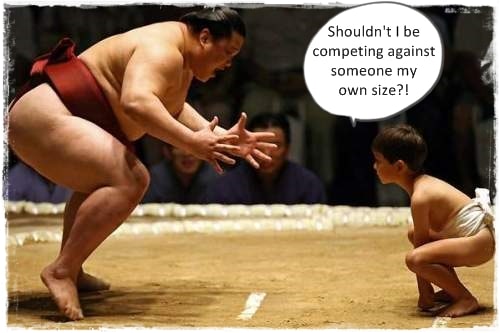 It has also been said that another contributing factor to the 2 strokes decline is the pressure felt by government groups and lobbyists to phase them out because of the environmental damage they cause. But how much more pollution do they really put out compared to the 4’s? It seems that the technology already exists to create a two stroke engine that is just as, if not more environmentally sound as a four stroke. Is it really because of these environmental issues that the Japanese bike manufacturers are putting little to no effort into new two-smokes?

To gain a deeper understanding of the way the two engines work, check out the mechanics of a 2 stroke vs 4 stroke.

How good or bad is this for you and I as riders? Well, it would be terrible if we had to rely solely on the once dominant Japanese ‘four’ – Honda, Yamaha, Kawasaki & Suzuki – as we’d be riding around on soon-to-be fossils that were last updated back in 2008. But fortunately for you two stroke fans the European dirt bike manufacturers have come to your rescue by continuing to sink hefty sums into the research and development and progression of the legendary two stroke dirt bike.

There has long been heated debate about this topic, and I’d love to know the stats on how many mateships have busted up over such a contestable subject. And much like the never-ending ‘Holden vs Ford’ debate here in the Southern Hemisphere, I truly don’t feel mankind will come to an agreeable conclusion as to which one of these darn bikes is better?!

So I’ll leave you with this to ponder before you dig into the hundreds of ‘2 stroke vs 4 stroke’ articles submitted below by every dirt loving bike junkie wanting to chip their 10 cents in..

Will the once-superior two strokes disappear completely?  I said almost 10 years ago when I first built this page that I don’t think so.. and I’d say now that was a good call (during a time when a lot of people said they were on their way out). The hair raising Japanese 500cc weapons have long since dropped off the mainstream production line but the rest of the family are hanging in there thanks to the Stefans & Svens of the world. Top European manufacturers understand the importance of the development and progression of 2 strokes and are still forging ahead with them, winning many Enduro competitions – interestingly enough all throughout Europe where the AMA has no influence… hmm.

The good news for you and me my fellow rider.. is we have a choice of either! What we have at present is a healthy range of high performance four strokes and two strokes that offer almost everything you’ve ever wanted from a dirt bike. You simply need to saddle up on a few different ponies to find out which one suits your personality (and budget).. and get on with having some fun!