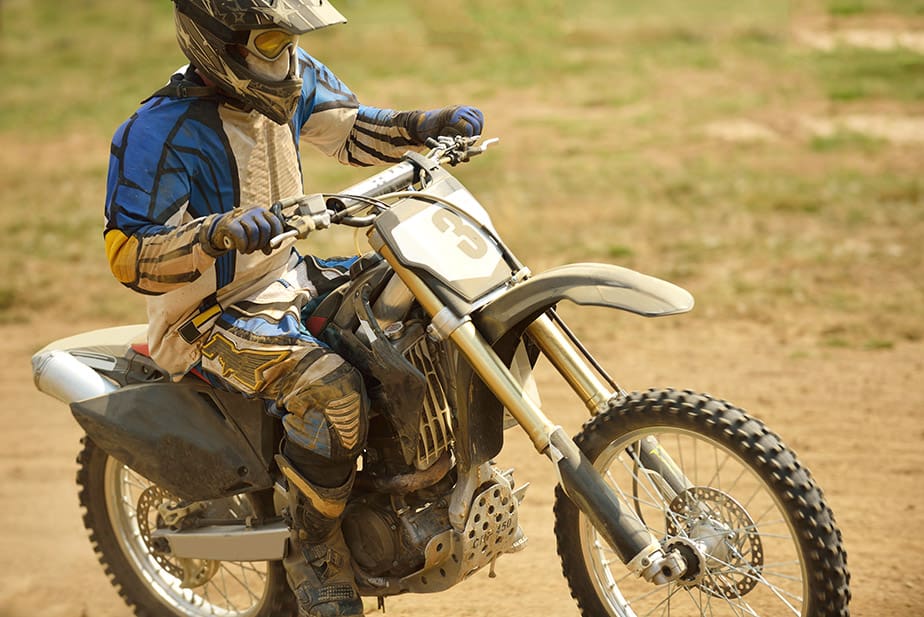 When I first started dirt biking, I frequently heard people talking about “enduro” dirt biking, and “enduro races.”  This word is used to describe a few different types of terrain and racing, so in this post, I hope to explain it clearly.

Enduro means riding or racing dirt bikes over challenging long-distance terrain.  Enduro derives its name from “endurance” because the races are typically long and span difficult and varying types of terrain.  Enduro used to refer more to a cross-country dirt bike race, but now is pretty much used any time someone is riding on rough off-road paths.  “Enduro” differs from “Trials” in that the terrain is longer and generally less difficult, but so-called “hard enduro” blurs the lines between enduro and trails dirt biking.

Enduro sometimes refers to the race, or the type of bike used for this sport, or just to describe difficult trail riding.  So that’s enduro.  Somewhat long distance riding on difficult terrain.

What Is Considered “Enduro” Riding?

As I mentioned, people use this term for many different things, so here are a few things that are generally considered hallmarks of enduro dirt biking.

What Is An Enduro Dirt Bike?

An enduro dirt bike just means that it is built to suit the needs of enduro riders.  There are all types of different models available, but here are a few hallmarks of a dirt bike built for enduro.

One of the most popular dirt bikes for enduro riding is the KTM 250 EXC.

In enduro, riders often pass difficult obstacles on the path, but most of the riding is just a difficult section of terrain.  Enduro racing is generally extremely steep mountains, rocky paths, etc.  However, many people say the word “enduro” to just mean riding on difficult single-track or other paths up mountains, sometimes through creeks, etc.

The lines between what is considered enduro and what is considered trials are blurring.  Lately, the terms “hard enduro” or “extreme enduro” are being used for races that some would simply consider “trials.”  Really, the only difference between the two is that trials racing is done on a trials bike (very lightweight and skinny dirt bike).

Some of the most exciting dirt bike races to watch are the “enduros.”  They are long races (often 7 hours+), so you wouldn’t want to watch one start to finish, but they are fascinating to see video of.  Watching the riders negotiate horrible downhill boulder passes, or slogs through muddy meadows is really entertaining.