The Erzberg Rodeo has been hailed as the toughest one day enduro in the world. And when you hold a race where less than 2% of the competitors actually make it to the finish line, it becomes easy to understand why. Beginning in 1995, every year up to around 1700 amateur and professional dirt bike riders line up at the base of the Steirische Erzberg iron ore deposit, or better known as “The Iron Giant”, ready to face the colossal challenge of becoming the next King of the Mountain. Whoever rises out of the dust and crosses the finish line first gains the recognition and respect as one of the greatest hardcore enduro riders in the world.

The course is unique and certainly ain’t no stroll in the park or Sunday bush bash, and the setting is something quite spectacular! Nestled amongst towering mountains in the province of Styria, Austria lays the largest iron ore open pit mine in central Europe. More than 230 million tons of iron ore have been removed from the Iron Giant since the 16th century leaving in its wake a somewhat naked and scarred mountain face. The endless snaking ‘steps’ carved into its side create the perfect setting for the most extreme and nuttiest dirt bike riders to attempt to conquer. 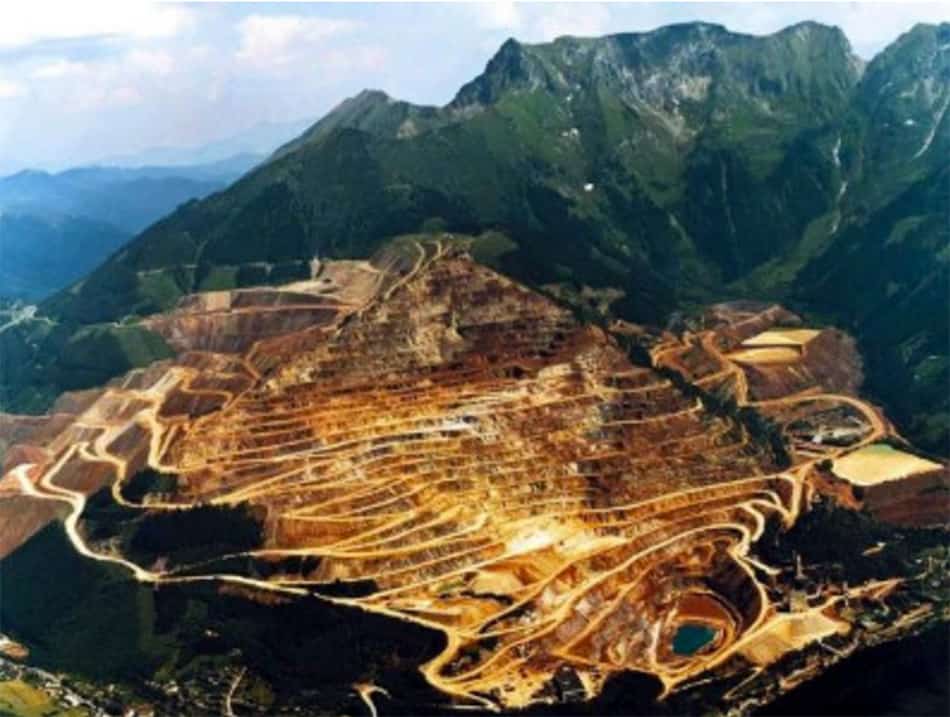 To give you an idea of the immense challenge that faces each rider, this is basically how it works. Early June 2010 saw 1795 riders from 35 different countries laying down their fastest qualifying time in two prologue races. The competitors are both amateurs and professionals from various backgrounds which include motocross, FMX, enduro and trials. Only 500 riders qualify for the Red Bull Hare Scramble (actual race to the top of the Erzberg) on Sunday. In temperatures reaching 34°C, with the fastest qualifiers at the front, the race begins and the riders scream off into the dry, dusty mining tracks clocking speeds of up to 170 kmh. There are 20 checkpoints throughout the 35 km course to pass through and only 4 hours to complete them in.

Throughout the race competitors will face a barrage of obstacles and intimidating terrain. Ridiculously steep uphill sections laced with jagged boulders attempt to dislodge riders and cripple motorbikes by snapping off footpegs, bending spokes and rims, and puncturing radiators causing bikes to overheat and cook. Some shingle sections are so close to vertical and near on impossible that they have people helping the riders pull their bikes up with ropes otherwise no one would make it. Of the 500 riders that started the race in 2010 only 16 made it under the 4 hour time limit.

So just how did the idea of the Erzberg Rodeo come about? Event director and main man Karl Katoch had this to say.. “It was here that, 16 years ago, we realised a simple idea; to bring all the world’s best off-road riders and present them with an unsolvable task.”That may be so Karl but I know of one man that will tell you it’s not “unsolvable”. In 2010 with 30’000 spectators standing by, Taddy Blazusiak overcame incredible odds to claim his 4th consequtive victory over the infamous mountain reaching the top in just 1 hour 45 minutes! A feat that even the best riders in the world struggle to get their heads around.

So you can see why the Erzberg Rodeo only allows the toughest physically and mentally to reach the top, making a champion out of all of those who do no matter what time they make it in. To date only 8 riders have the honours of being the first to cross the finish line…

Next year will bring a change to the tradition with the amalgamation of the World Enduro Championship and the Erzberg Rodeo, although the event organizers insist that the format will remain the same. I say if you haven’t already witnessed the Erzberg Rodeo first hand, add it to your list of ‘things to do’ before you pass your use by date. I know I have… so I’ll see ya there.