of Kawasaki Dirt Bikes are the result of the foresight, dedication and commitment of an incredible company.

It was 1878 when Shozo Kawasaki established the company dedicated to ship building. To this day ship building is still its main trade. As with the other major bike manufacturers, Kawasaki never began as a company that produced motorcycles. And the Kawasaki dirt bike range is only the mole on the cows [email protected]$e in comparison to everything else they produce.

It was the early 50’s that saw Kawasaki Motor Co. producing motorcycles for the Japanese. But they realized they needed the knowledge of an established motorcycle company named Meguro Manufacturing to really expand and grow in the motorcycle market. So, Kawasaki took them over and soon rolled out a number of popular bikes. 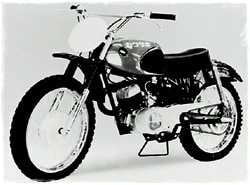 25cc two stroke dirt bike called the ‘B8M’ was born. This quickly became a massive success! From then on good ol’ Kawasaki continued to produce and develop a winning range of on-road and off-road motorcycles.

For more info on Kawasaki’s full range check out www.Kawasaki.com

Up until around 2006 Kawasaki had a healthy blend of two stroke and four stroke dirt bikes. Their four stroke MX bikes arrived on the scene in 2004 and diverted the attention of many adult riders away from their previous range of hugely successful two smokers. However with the sudden extinction of the Kx125, Kx250 and KDX models in 2007 – their market offerings dwindled down to the four stroke range with only the motocross bikes receiving continual updates. The smaller two stroke bikes seemed to have survived the apocalypse however they don’t receive much more than a new set of decals from year to year. 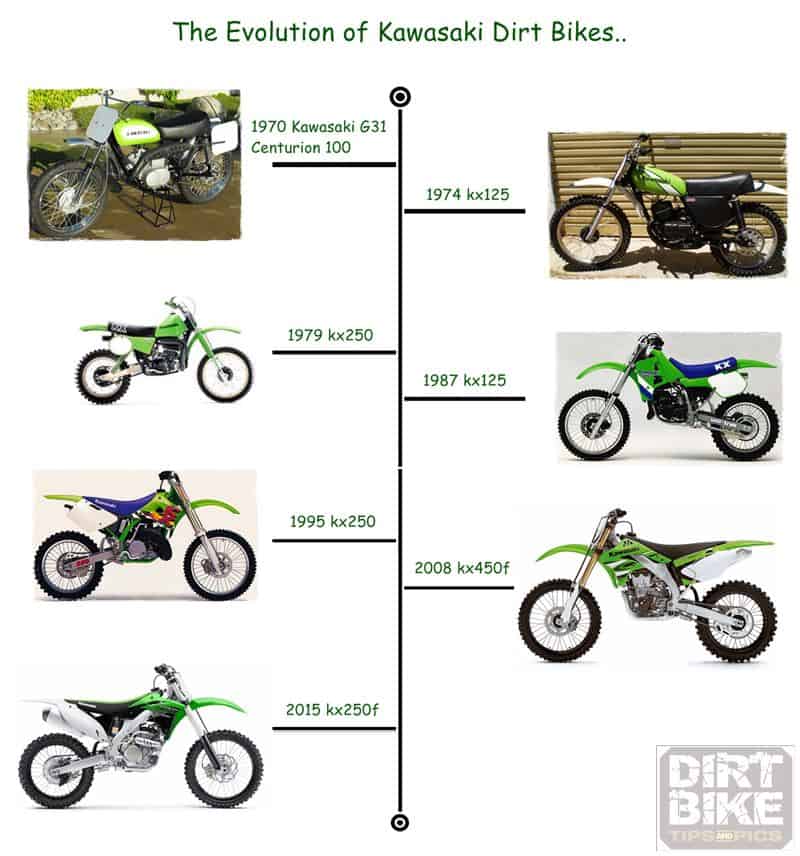 What Do You Think About Kawasaki Dirt Bikes?

Have you ever owned a Kwacka? Maybe a vintage Kawasaki? Tell us what you think of the four stroke range. Do you wish Kawasaki still made two strokes? Do you know of any design faults or problems with particular models? Maybe you have a mechanical tip to share…

You can also use this forum to ask a Kawasaki related question. Someone in the know may be able to help you.