These supercross pictures were shot at the third round of the New Zealand Supercross Championships. This took place on the virgin grounds of the Telstra Clear Events Center in Auckland.

This one-off, purpose built supercross track hosted the largest supercross race Auckland has held so far. And what a fantastic day it was! Warm, mid-summer sunshine and a couple of lazy, dust-settling showers, made for near perfect conditions for both riders and spectators.

With riders such as Daryl Hurley (N.Z), Tye Simmons (AUS), and Billy Ainsworth (U.S) going head to head, the scene was set to be an all out battle… and it was! But when the dust settled, there was one clear winner of the senior 250cc class.

Daryl Hurley (#912) rode in fine form from the very beginning. When I first arrived to the show and asked which rider Hurley was, I was told to “just look for the guy in front”. What an amazing rider to watch. So quick, smooth and calculated. Made it look easy almost. Kinda peeved me off.

Another rider, that I must say, impressed the crowd more than anyone else, was Haki Waller (N.Z). This 12 year old brave heart of a kid was hitting the biggest jumps on the track on his KX85. Not only that, but he was whipping his bike harder than a Roman slave! And he even coughed up a heel clicker just for the crowd (1st photo). Hats off to Gonad Boy.

So, all in all it was a great day had by everyone, apart from a few injured riders who lost wrestling matches with their bikes.

As for me? I ate far too many hot dogs, received 2nd degree sunburn, couldn’t find a cold beer tent, and inhaled more than my fair share of dust trying to get some good pics for you… but, I loved it! And I hope you enjoy these supercross photos from The Auckland Championships 2008.

Click on each image to see an enlarged version. 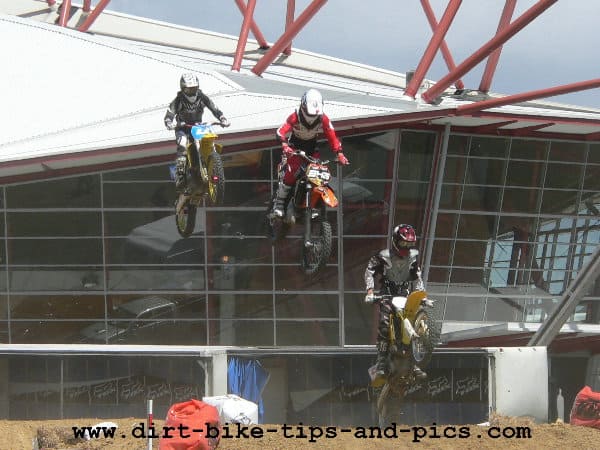 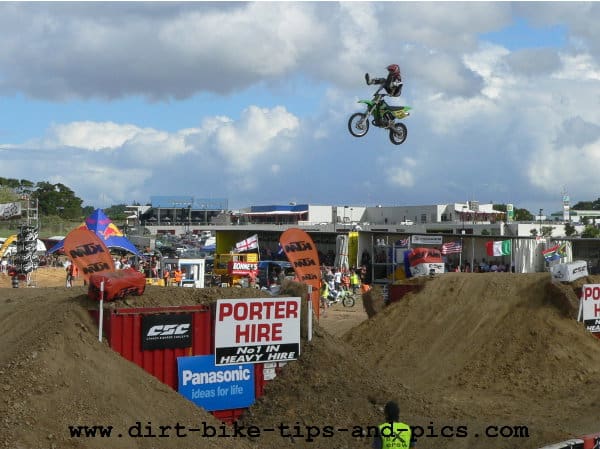 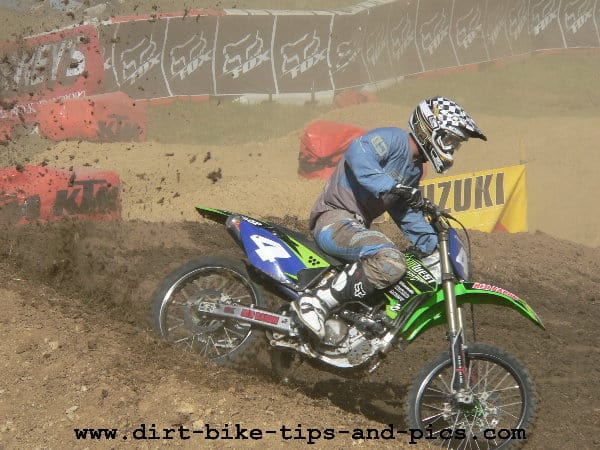 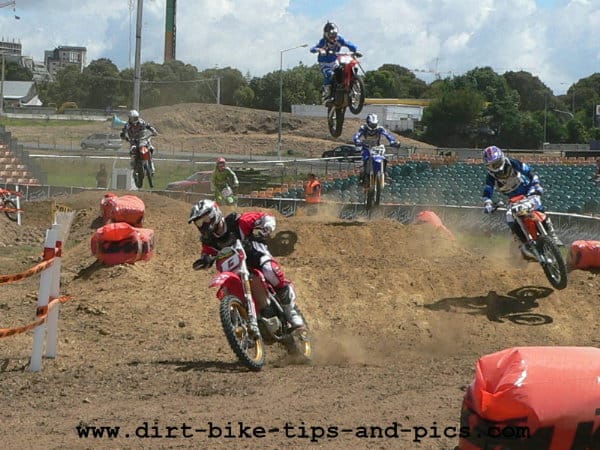 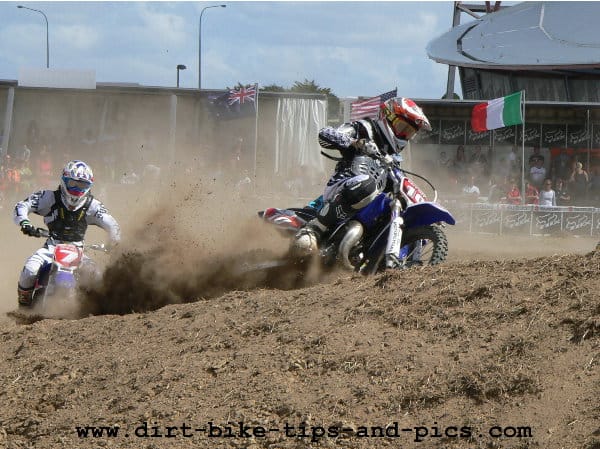 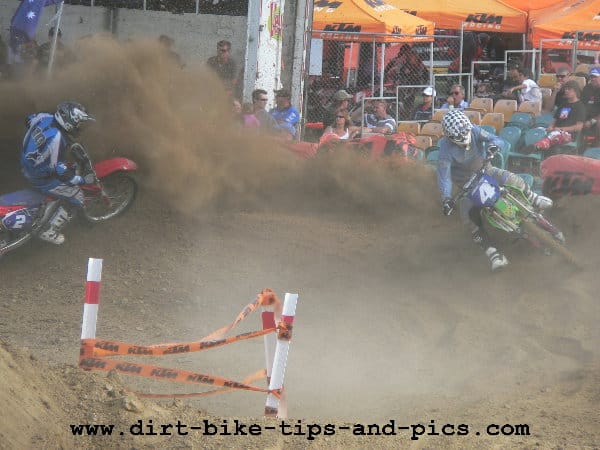 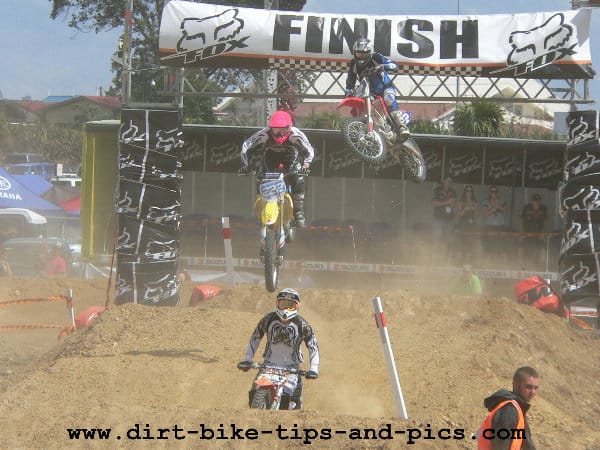 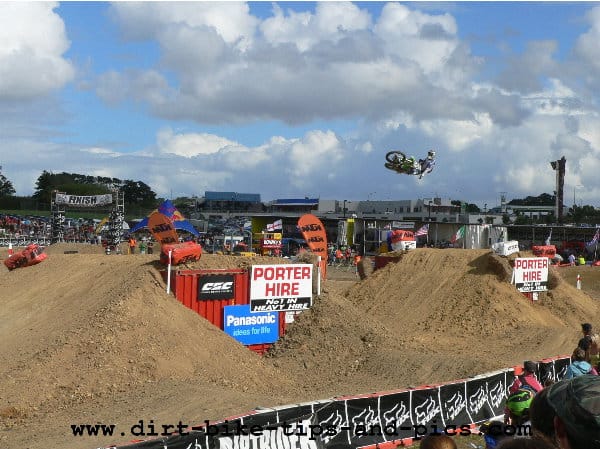 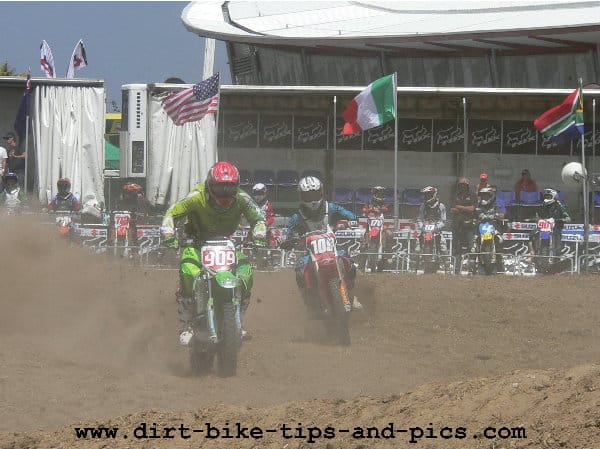 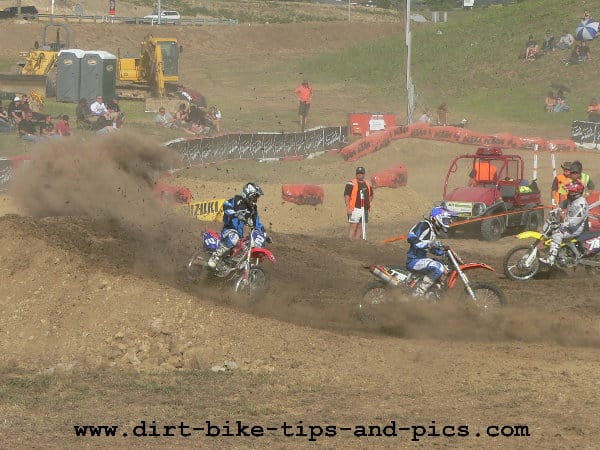 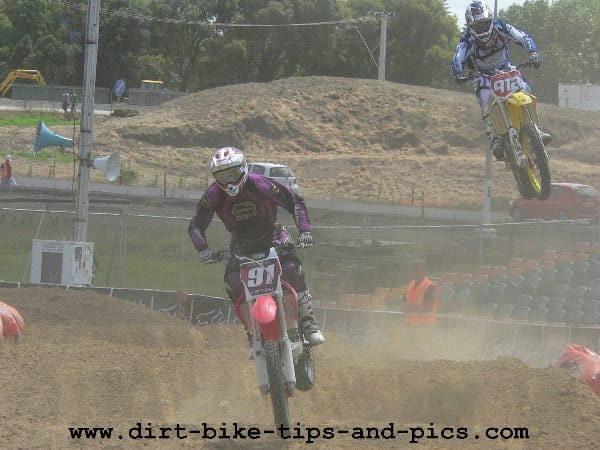 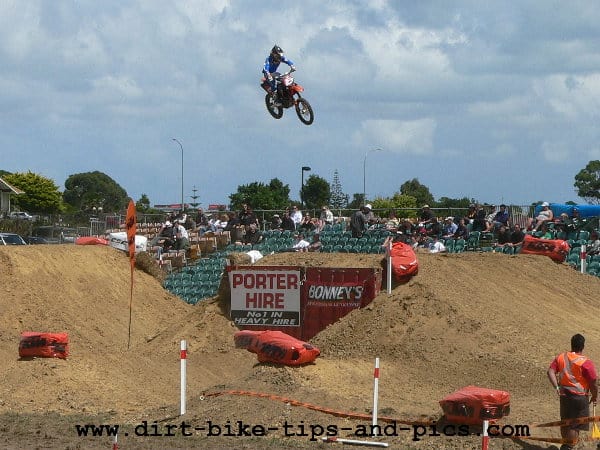 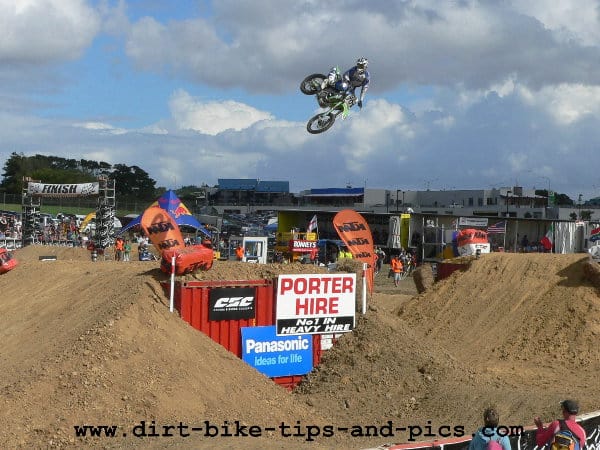 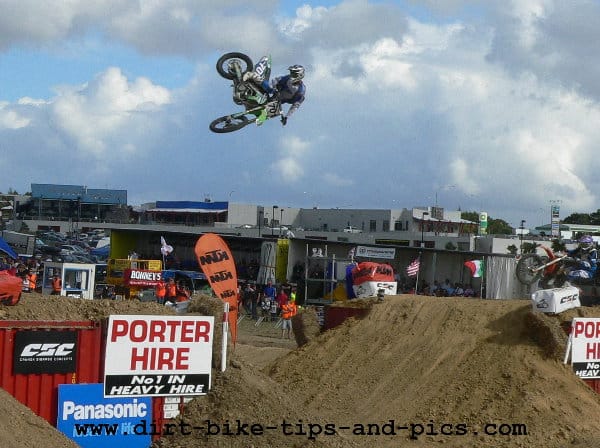 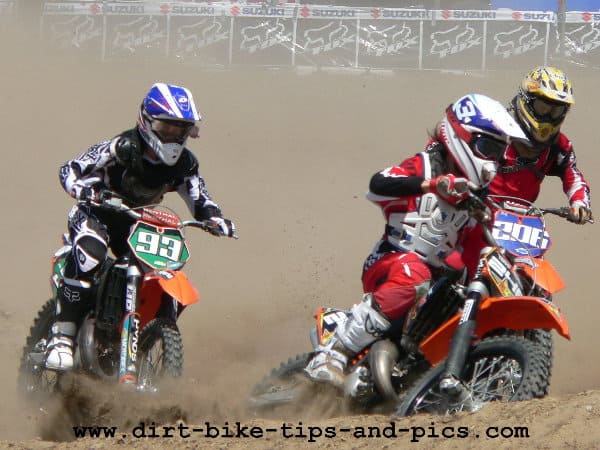 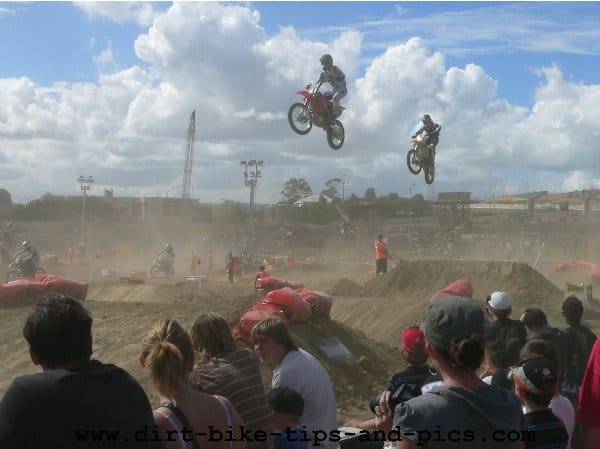 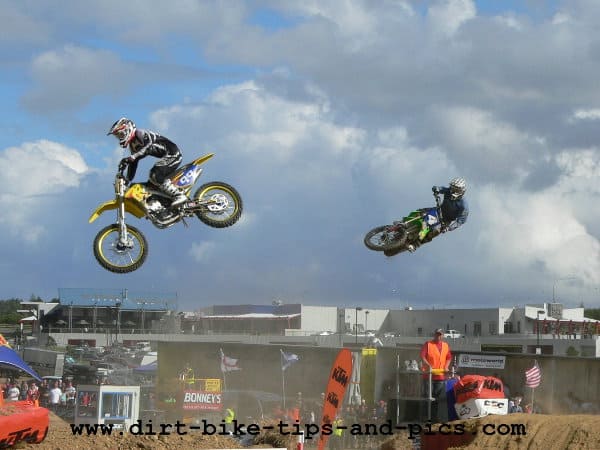 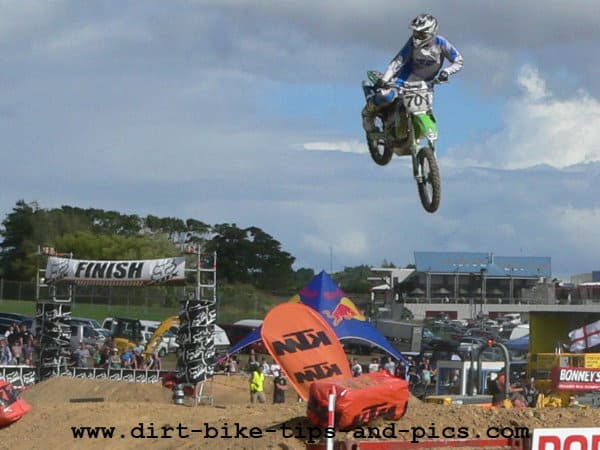 Remember, you can right click on these supercross pictures and select ‘set as desktop (or wallpaper) background‘. I suggest you use the ‘tile‘ option.